Often thought of as a woman’s disease, migraine impacts more than 300 million men worldwide. Many are fathers. Too many struggle undiagnosed and without support. This is in honor of all fathers with migraine on Father’s Day.

I am a father with migraine. My own father luckily didn’t have the issue, although my mother did and so does my grown son. Genetics are important: According to the American Migraine Foundation, 50-75% of those with migraine will pass the condition on to their children.

My mother experienced debilitating pain that led to ER visits, hospitalizations and too much medication. My son has never had pain, but the degree and number of auras that he experiences — combined with the impact of migraine on his cognition, sleep, balance, vision and ability to function — are severe and, at times, disabling.

I’m in-between. My actual headaches are mild, but I have pronounced vestibular issues (I finally installed handicap rails in the shower so I don’t fall out during an attack), aura, moodiness, clumsiness, an inability to think or find words and fatigue so profound that I may sleep away a good part of the day. Not long ago, my migraine life moved from episodic to chronic until my doctor prescribed a new medication.

I’m a grandfather as well. I have experienced attacks while my wife and I are babysitting the grandkids. I’m thankful she was with me. I have had to excuse myself to go sleep. I can’t drive in that condition, and I can’t oversee young children.

Coping Strategies for Migraine in Men

What does it mean to be a father with migraine? As men, how do we cope?

There’s another factor: Migraine is seen as a woman’s disease. Three times as many women as men have migraine. However, since 40 million Americans and 1 billion people worldwide experience attacks, the absolute number of men with migraine is still staggering. Since many employers and co-workers don’t understand this disease, and many people living with this disease miss work or need accommodations, stigma about migraine remains rampant.

Many fathers, including fathers with migraine, raise their sons to be strong and tough. As a result, boys’ emotional lives grow constrained. We men often don’t talk about our symptoms, our pain, our feelings, seek help or get diagnosed. Many are embarrassed to cry. Even though families may experience a father in pain, men with migraine may not relay much, shrugging it off as “no big deal.” When you consider the high odds of passing this neurological condition on to your children, however, that response is a mistake.

Help for Migraine in Men

My first attack happened when I was middle aged with an aura so severe that I thought I was having a stroke. It was this possibility of stroke (rather than the potential of migraine) that got me to the doctor. My primary care physician was knowledgeable and immediately assumed migraine. To be certain, he ordered an MRI, sent me to an ophthalmologist because of the visual symptoms and eventually recommended a well-known headache specialist. I received an accurate diagnosis and have continued to experience great care from this specialist for more than two decades.

That is not often the case. Many men who seek care find that even doctors might perceive migraine as a woman’s disease and might never receive the right diagnosis nor the appropriate treatment.

Fortunately, powerful migraine support has grown. I discovered Migraine World Summit, the National Headache Foundation, Migraine Buddy, and other remarkable organizations that educate and inform. These groups enable fathers with migraine to advocate for the best care. They also empower us to talk about the impact of migraine on our lives. It’s foolish to think that family and colleagues don’t notice when something is wrong. Anxiety and depression accompany migraine in both men and women. Yet, many men still go to work or strive to function regardless of pain or other symptoms.

I have learned to talk freely about these issues with my son who lives 3,000 miles away and my nearby daughter. My wife, too, has become knowledgeable and shows compassion as a result. When my son and I talk on the phone, he will often start with: “How’s the noggin, Dad?” We talk about symptoms, triggers and medications. While neither of us would wish migraine on the other, we have become closer through our own support group of two. We’ve wondered why our attacks, episodic for both of us now, almost always occur at the same time. My son told me about his medication that turned out to work for me as well. Preventive meds for migraine are always hit-and-miss. In our case, it seems genetics impacts a medication’s effectiveness as well. We even have some of the same side effects out of many possible ones.

And now that my oldest grandson is in middle school, he’s asked to see some of my writing about migraine. It’s the beginning of what will be an important conversation with him and another source of connection with a boy who is starting to grow into a man. While I am happy to share with him, I also hope that migraine is something he will never experience.

Knowledge is power, as the saying goes. Even more powerful is emotional sharing. It lessens the impact that silence and being tough has on men. Fathers with migraine who dare to be vulnerable benefit not only themselves, but also their families, co-workers and friends. We grow closer when we share. We learn empathy. It should be every man’s goal and every father’s obligation to be a role model for his children, especially his sons as they mature into men and become fathers themselves. 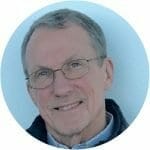 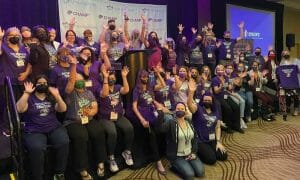 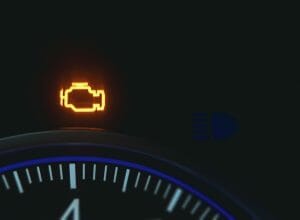 Multiple Chronic Pain Conditions: A Metaphorical Tale Imagine rushing out to your car, and to…