Opening Up About Migraine

I have lived with migraine disease for more than 40 years; yet, it’s only recently that I’m beginning to be truly open about it, both personally and now publicly.

Most people who know me know that I “get migraines,” but only those in my close circles know that I have migraine. There is a big difference in those two phrases that not a lot of people outside of the migraine community understand.

To some, “getting migraines” means the occasional bad headache that can be relieved with some medication and a nap in a dark room. But having migraine means not only a higher frequency and longer duration of attacks than many people might realize, but also feeling some kind of symptom — fatigue, vertigo, dizzy and off-balance — nearly every day in between the high pain days. It also means being hyperaware of everything you do, eat and drink to avoid your triggers — and even with this vigilance, still anticipating when the next one will hit and how it will affect your plans (if you’re brave enough to make any).

During the past couple years, I’ve come to realize that it’s up to me to share, both personally and publicly, what this difference means and how it affects my daily life.

Why I haven’t shared my migraine struggle

Upon some introspection, I’ve come to realize why I haven’t been super open about it. Growing up, even though I experienced “bad headaches,” I was the healthiest among my siblings. My two sisters both had chronic health issues. My daylong headaches always went away with sleep, so I was the least of my parents’ concerns. I didn’t feel justified to complain.

When I got married and had three daughters of my own, my increasingly frequent migraine attacks made me the least healthy of my immediate family. I never wanted to be the reason we couldn’t do things or put a damper on vacations, so I medicated and pushed through the side effects and recurring pain in an attempt to make it less of an issue to anyone outside of my own head.

Even though my husband has been with me since we were both in college and has, more than anyone, seen me through hundreds of migraine attacks, I never wanted to put the burden of taking care of our family solely on him, even for a day. And I didn’t want my daughters to become grown-ups with memories of their mom always in bed, so I’d only allow myself to retreat to bed on my worst days. I’ve always had this irrational fear that they’d grow up and think of me like the creepy bedridden woman hidden in the back bedroom in the movie “Pet Sematary.”

Contributing to the stigma

As a writer, I’ve written about a lot of things, including other health issues, but never about my personal experience with migraine. Why? It goes back to stigma: the fear of appearing weak or damaged. I didn’t want to complain about something that’s not as bad as the struggles that other people experience. I’ve read plenty of blogs about other people’s experiences with migraine. They would help me not only feel less alone, but I’d also find nuggets of advice or new treatment ideas.

I’d often feel compelled to share my own experiences through writing, but I never wanted migraine to become my identity. Plus, it’s hard to be vulnerable in such a public way and open yourself up to criticism. Now I’m realizing that all of these things I’ve been doing — or not doing — only contribute to the stigma attached to migraine. I believe it was Mark Twain who said, “Write what you know,” and if I know anything, it’s migraine.

I couldn’t be the “cool mom”

Last March, just as the pandemic was in its earliest stages in the U.S., we took our older twin daughters (and the boyfriend of one of them) to Las Vegas to celebrate their 21st birthday. As anyone with migraine knows, Las Vegas is pretty much a triggerpalooza, with all the bright lights, cigarette smoke, commotion, noise, and the miles of walking amid the crowds and chaos on the Strip. Having been there numerous times, I was prepared for that. However, in recent years, my migraine attacks evolved into having vestibular features.

Miraculously, during the four days we spent there, I never got a classic migraine but the vestibular symptoms definitely kicked up a few notches. There were times when my brain needed a break from the busy environment — I felt anxious or agitated, and I needed to either find a quiet place to sit or even go back to the hotel with my husband to decompress while the girls and our younger daughter walked around.

I couldn’t be the “cool mom,” having a drink with my newly legal daughters. I didn’t want to stay out as late as they did or go to the loud restaurants they wanted to try. If I said I was feeling dizzy or anxious from dizziness, they’d say I was being “dramatic” and tell me I should “just chill.” Even though we had a great time overall, I felt they were disappointed at times, and maybe even annoyed with me when I couldn’t fully participate or had to take a rest. I felt bad about it, and I felt misunderstood and a little hurt that I felt no compassion from them.

It wasn’t until almost a year later that I realized: They had been away at college and not living at home for the past four years, so it had been a while since they had seen me suffer, and they didn’t see my transition to vestibular migraine. To them, if I didn’t have head pain, why did I need to go back to the room? Or why did I keep wanting to find a quiet corner to sit for a few minutes when they wanted to go, go, go?

It was only a couple weeks ago that I sat down with my very logical but lesser empathetic daughter, and I openly explained what vestibular migraine is and how it makes me feel day-to-day — and how it was really amped up in Vegas. She understood, and we both wished that I would’ve explained that before we went or even while there. Maybe then I wouldn’t have had to make up the excuse that I needed to run back to the room to “get something” or that I needed to sit down and “fix my shoe” while we were walking in a casino. I really needed to sit by a peaceful fountain and look at nothing for a few minutes.

Sharing this with her made me realize that there were quite a few people in my life who I’ve canceled plans on or don’t make plans with or have let down who deserve the same explanation. And I deserve the compassion and understanding that they would hopefully give to me once I share my truth. But how can I expect those things from people if they don’t understand what I’m going through?

As a content editor for the Migraine World Summit for the past three years, I’ve been in awe of and inspired by the advocacy efforts and understanding from the people I work with and the experts and patients featured on the Summit. One in particular inspired me forever. In the 2019 Summit, patient advocate Jaime Sanders bravely told her story of how daily chronic migraine led her to two suicide attempts. That interview gutted me and opened my eyes to way vulnerability and sharing can help other people. People who may have experienced similar thoughts, like I did a few years ago after a short course on the wrong preventive.

I think of Jaime often, especially on my worst days. I think about how she not only never gave up, but also how she advocates for other people with migraine despite her chronic pain. She, and other people I’ve met either directly or indirectly through the Summit, have shown me that not sharing does nothing to help anybody, including myself. If Jaime and many others can turn their pain into helping others through sharing their stories and through advocacy, why can’t I? Why shouldn’t I?

This post is the beginning of that journey for me. 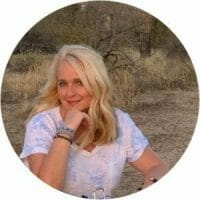 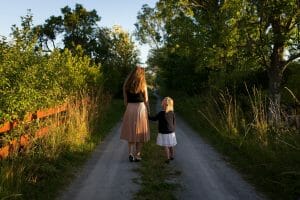 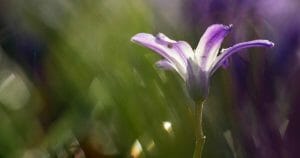 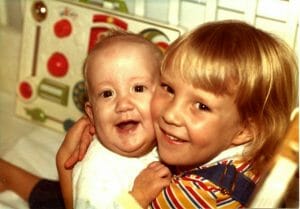 Light a Candle to #ShineALight